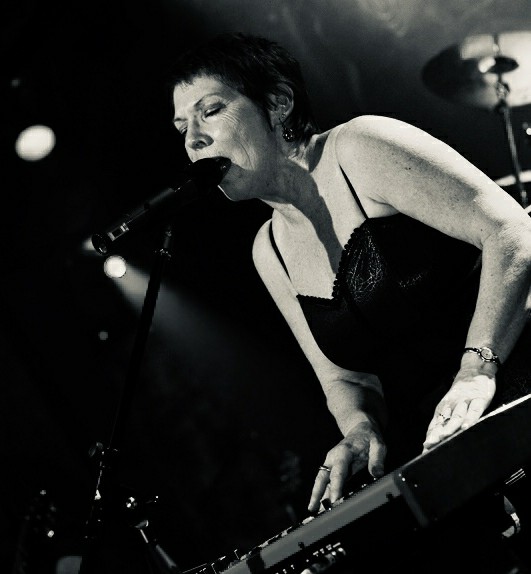 FREE ENTRY – ALL WELCOME.
If you’d like a guaranteed table seating, please 'BOOK' a single or multiple (Group) ticket below so we can reserve you a spot!

BRONNIE GORDON's music career spans 5 decades. She has fronted many bands between Melbourne and Perth playing hotels, clubs and festivals. Her repertoire covers jazz, soul, rock, and the blues which is her passion. Bronnie recorded her debut album “Hanging Free” in 2000 and went on to record 2 albums with her band BGB. In 2018 Bronnie released “Freedom” – a compilation album of her original songs. Since that recording, Bronnie and her band have been playing gigs at local venues.

Currently Bronnie is concentrating on her songwriting and solo/duo performances playing keyboards and vocals. She is accompanied by local bass player Peter Lamburd, who has a wealth of experience with years of playing in both covers and original bands. Peter and Bronnie have previously played together in her 60's band Bellatrix. The current duo format is a new musical experience for both of them.

Together they are putting a new slant on Bronnie’s original blues songs and adding an occasional cover song into the mix. For the MBAS show, friend Greg Gand will be joining Bronnie and Peter sitting in on a few tunes adding blues harp to the combination.

Online Tickets are no longer available for this event.